First Word: Leading by Faith—Yesterday and Into Each Tomorrow 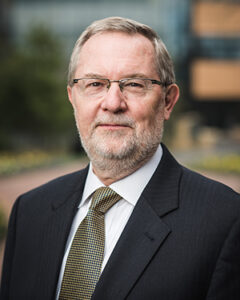 We know well the stories of faith told in the 11th chapter of the Epistle to the Hebrews. These are accounts of people who followed God into unchartered territory, to an unknown destination. There is mention of Abel, who offered “a more acceptable sacrifice than Cain.” We also read of Abraham, who was “called to set out…not knowing where he was going.” Moses led the people across the sea and marched around the walls of the city. Others are mentioned, as well.

Each person acted on the basis of faith, “the assurance of things hoped for, the conviction of things not seen” (Hebrews 11:1). All were “commended for their faith,” though in many cases, the promise they approached by faith was only realized in later generations.

This is the nature of leadership—we lead by faith. Throughout its history North Park University has been blessed by such leadership, within the school itself as well as in its Board of Trustees. In recent months, as we’ve celebrated the University’s 125th anniversary (see pages 10–17 for a recap of our Anniversary Celebration), we have recognized some of these important leaders.

The same holds true for each tomorrow—we lead by faith. At North Park, the process of strategic planning is nothing less than an act of faith: the context in which we identify “things hoped for, things not seen.”

The role of faith in the exercise of leadership by the North Park University Board of Trustees is highlighted in another important story in this issue of the North Parker. I’m confident you’ll enjoy reading about how faith prompted decisions by this group in years past, placed side-by-side with the more recent attention to strategic planning by today’s governance body—always leading by faith.