Through North Park’s new Catalyst 606__ schedule, classes are given the opportunity to engage with the city on Wednesday afternoons when no class periods take place. With their class groups, students step outside the classroom, serving and learning within their local community and gaining a closer understanding and appreciation of the increasingly urban world they will live and work in. 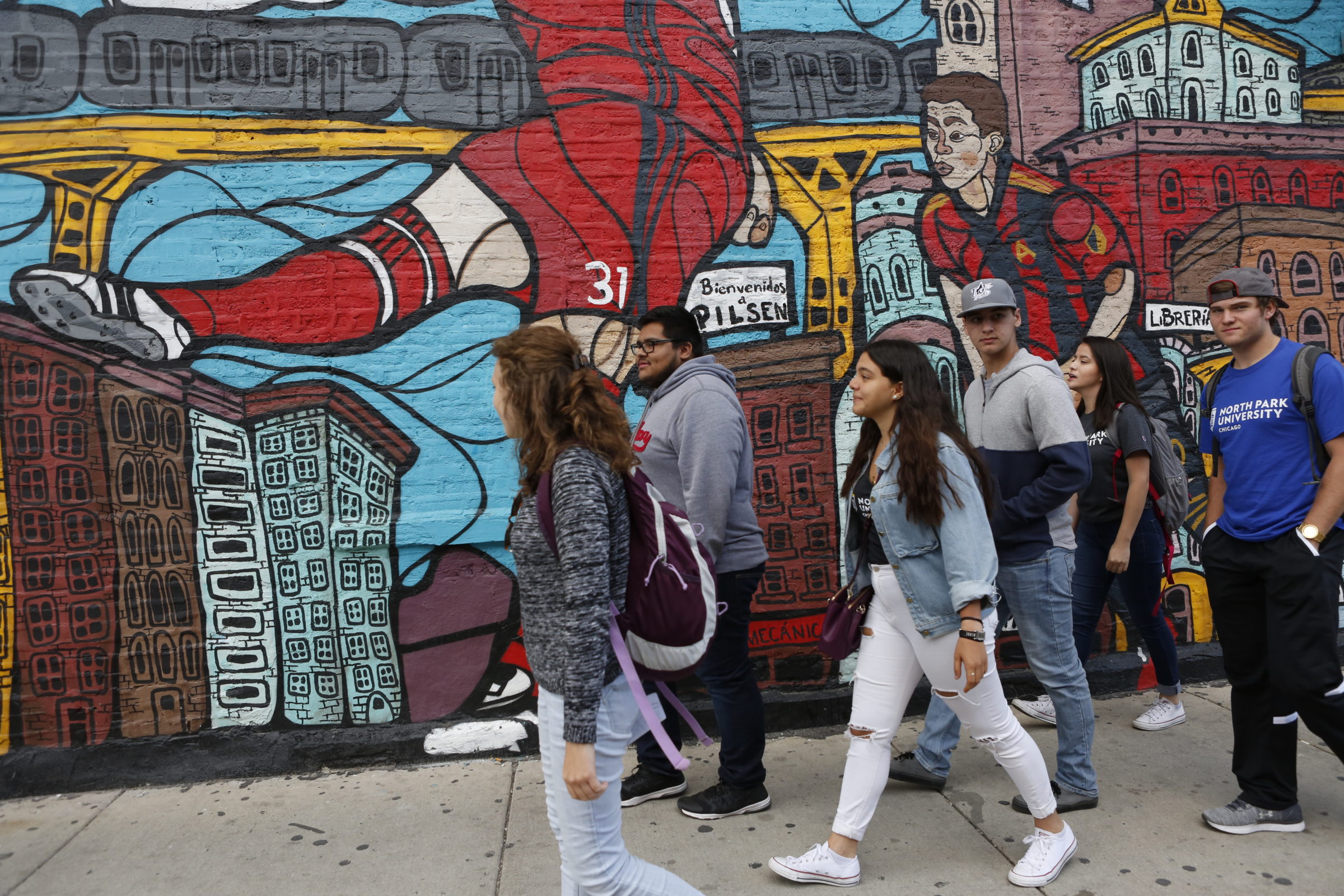 Christopher Lempa, Aseel Hussein, and Emilie Peterson are three students who participated in the first semester of Catalyst 606__ this past fall. During the semester they shared how their first-hand experiences gave them the opportunity to identify vocational interests, be inspired by leaders in their field, and establish relationships with professional contacts.

“I am more of a visual and hands-on learner, and (Catalyst) has helped me retain the information we learn in class. On our first trip, we went to the Chicago Botanic gardens; for the second trip, we took a hip-hop and human percussion class.

In class, we’re reading a book on how to continue face-to-face interaction and communication rather than just over cellphones and technology. This meant that for both trips, we weren’t allowed to bring our cell phones; we had to leave them at home. Our professor wanted us to interact with our classmates and get to know each other. Without our phones, we were able to notice other things without the distraction of a screen. It has brought me a lot of self-awareness regarding my phone and making sure that I’m not pulling it out when I’m talking to people and keeping it away whenever I can.”

“I like the Catalyst courses I’m in because (the excursions) relate so well to the class. It is especially nice in my Chicago politics class to go out in Chicago and get to see the city. For our first trip, we toured the 39th Ward, the area that North Park is in.

We learned about what keeps a ward running, what kinds of establishments would be beneficial to the ward. We saw the alderman’s office and learned about the different kinds of groups that provide support to aldermen. On the same day, we went to city hall—by the way, I saw the back of Rahm Emmanuel, so that was pretty cool—and to the Chicago History Museum. These classes have exposed me to things a normal classroom cannot.”

“I have enjoyed the shift in schedule because of Catalyst 606__. We have still been in the class a lot, so I haven’t felt any loss of that time. This has given me the opportunity to see how I can relate my two majors (business and Spanish) more to the real world. I know that there are businesses in Chicago where Spanish is needed. Relating the work world to what we’re learning has been helpful for me, and given me more interest in working for businesses like these in the future.

The conversation we had with the director of Centro Romero was entirely in Spanish. We were also reading a book in our class about Salvadorian Literature during the time of the revolution in the 80’s. The director and her family were part of the revolution, and she was able to tell us a lot about their activism and their philosophy at the time. Essentially, she gave us her testimony which has led her to serving as director of this nonprofit.

I think that this was the better way to learn all of this information. It dealt with current topics and gave us a local (as well as) global perspective.” 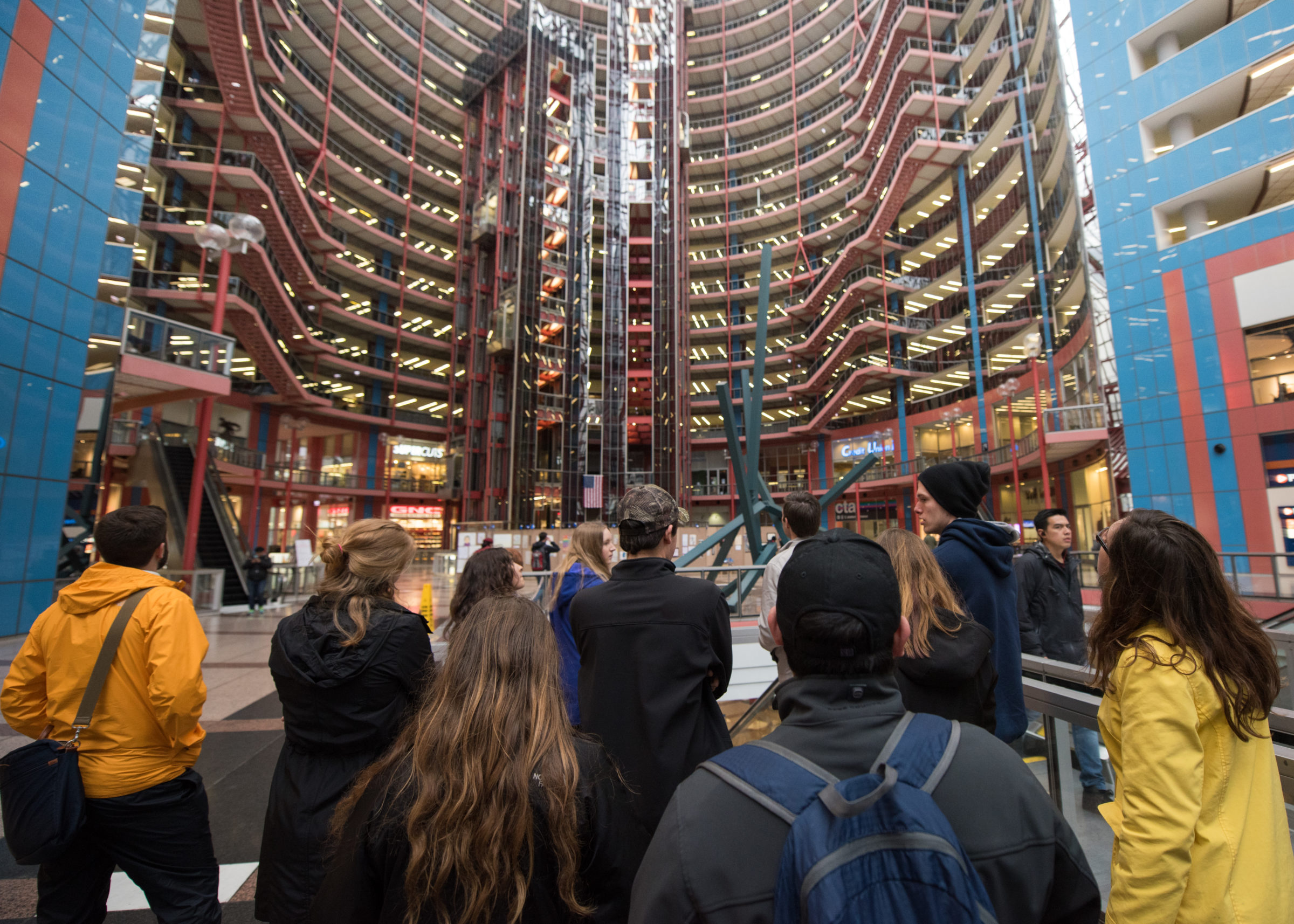