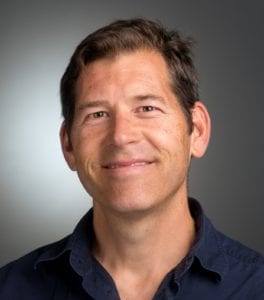 Jonathan Almer, C’91, recently welcomed a 1,800-year-old mummy to his office for the day.

Of course, Almer, a physicist at Argonne National Laboratory, doesn’t have your average desk job. As part of his work there running the Advanced Photon Source (APS)—a highly sophisticated X-Ray machine—he conducted an in-depth examination of the mummy, believed to contain the body of a 5-year-old Egyptian girl.

“We’re hoping our data will help us better understand details of her bone tissue, and her teeth,” said Almer, who majored in physics at North Park and received his PhD in material sciences from Northwestern University in 1998. “This kind of information will help us enrich the historic context of the mummy as well as the Roman period in Egypt.”

Almer’s expertise with Argonne’s APS allowed him and his partner, Northwestern Prof. Stuart Stock, to peer into the mummy at a high resolution, and “in a non-destructive way,” Almer said.

The mummy is one of only 100 so-called “portrait mummies” in existence. Such mummies feature life-like paintings of the deceased person’s face. This particular mummy is owned by Northwestern University and will be on display for several months in 2018 at the school’s Garrett Evangelical Theological Seminary. Almer and Stock’s fascinating research was featured in a recent Chicago Tribune article.

Almer credits his North Park education with sparking his sense of curiosity.

“My physics courses were challenging but sometimes even fun, thanks to Linda McDonald,” said Almer, of the longtime NPU physics professor.

“North Park provided an excellent basis for my career,” Almer said. “The strong overall liberal arts focus at North Park meant I took a much broader set of courses than most of my colleagues I’ve worked with since.”

Almer also joked, “Such broad-based knowledge helps personal development in a myriad of ways, but also provides practical benefits such as communication skills which, let’s face it, scientists could use more of.”

Well said, even for a scientist.