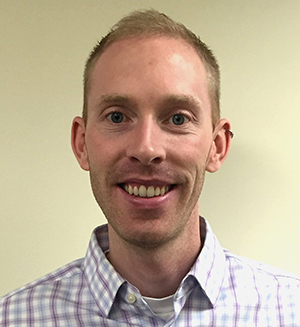 “The thing I love most about nursing is the connection with the human spirit,” says Joshua T. Siebell. “Whether a good or poor prognosis, I love being surrounded by people whom I can hopefully make some sort of impact on.”

After beginning his nursing career with five years at Northwestern Memorial Hospital, Josh Siebell was drawn to the idea of a smaller community hospital. A couple of years after moving to Saint Joseph Hospital, Josh was ready to do graduate nursing work, and he found himself in a similar situation. Accepted and enrolled in a nurse practioner’s program at a large institution, he says he “felt like more of a number to them than an individual student.”

Realizing how important small class sizes and an in-person experience were to him, Josh began looking for a better option. “I was motivated to apply for the MSN AGNP at North Park by a colleague who was already enrolled in the program, and had nothing but positive reviews of both the school and program,” Josh said.

While completing his master of science in nursing in the adult-gerontology nurse practitioner track at North Park, Josh was able to continue in his hospital job. He worked full-time up until clinicals, when he switched to part time. And he is now one of those alumni who heartily recommends the program to others.

Josh graduated from the program in 2015 with a wide appreciation and understanding of the primary care that encompasses every patient’s health, which he uses today as a neurosurgery nurse practitioner at Rush University Medical Center in Chicago. He says this is a direct result of the time he spent on campus and the close relationships he was able to develop with faculty. Professors Terri McCreedy and Christine Smith stood out because of the ways they incorporated relevant and current clinical knowledge into their teaching. “The faculty provided me with an insurmountable amount of knowledge and clinical guidance,” Josh says. “What they taught me helps me give the best patient care to this day.”