One of the highlights of this year’s Homecoming from Home was a celebration of the 50th anniversary of North Park’s Black Student Union, presided over by its first president, Cornelius DuBose C’72.

“We wanted something we could have, that was ours. We could get together and say, ‘These are the things we need you to do for us,’” DuBose said in explaining why he and others formed the BSU in 1970. “The fact that the BSU still exists is a great benefit to the students here,” he said. 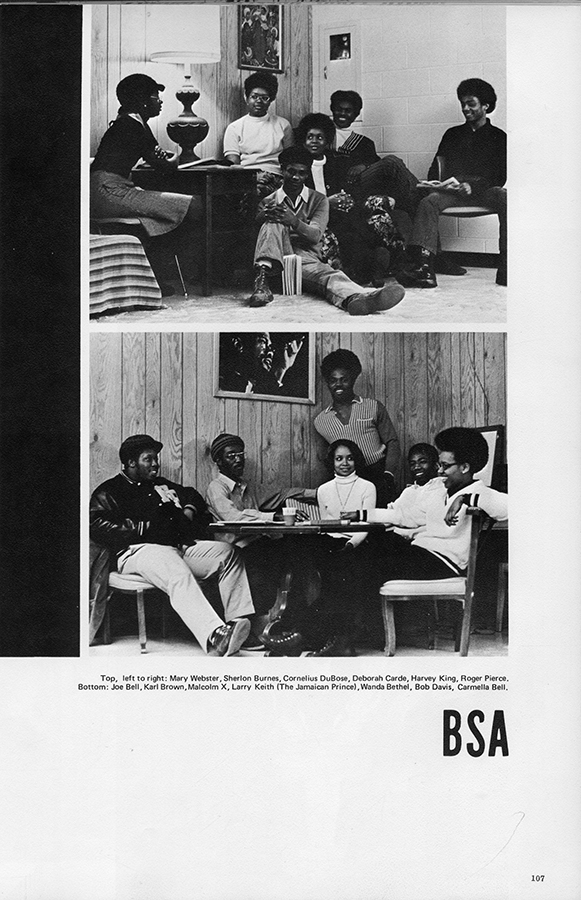 The virtual event kicked off with a presentation by Director of Archives Andy Meyer C’06 who presented several pieces of BSU history, including letters, yearbook page entries, and stories about the BSU in the student newspaper.

The exhibit, which has been on display in Brandel Library since February 2020, celebrates the pioneering work of North Park student leaders who organized and formed the BSU during the Civil Rights movement of the 1960s. The exhibit focuses on records of the late 1960s and 1970s.

DuBose recalled how in the late ’60s and early ’70s, there were few Black students on campus. But the ones who were there looked out for each other, helping type papers, for instance, or just supporting one another.

“We felt there were people there who just didn’t think we were intellectually proficient enough to get a North Park education,” DuBose said, crediting his only Black professor with giving him the motivation he needed to ultimately succeed.

His story resonated with Payne, who called out retired Professor Dr. Mary Trujillo, one of his only Black professors, for having a similar impact on his academic career.

“One day she called me into her office and asked me ‘Marcus, do you believe God gave you talent? Then why are you wasting it?’” Marcus recalled, saying her question left him in shock and crying. “She said ‘You know you not living up to your potential is having the audacity to spit in God’s face?’”

Marcus said his attitude and work ethic changed after that exchange.

“That interaction with a Black faculty member showed I did have intelligence, what I bring is important and makes sense,” Payne said. 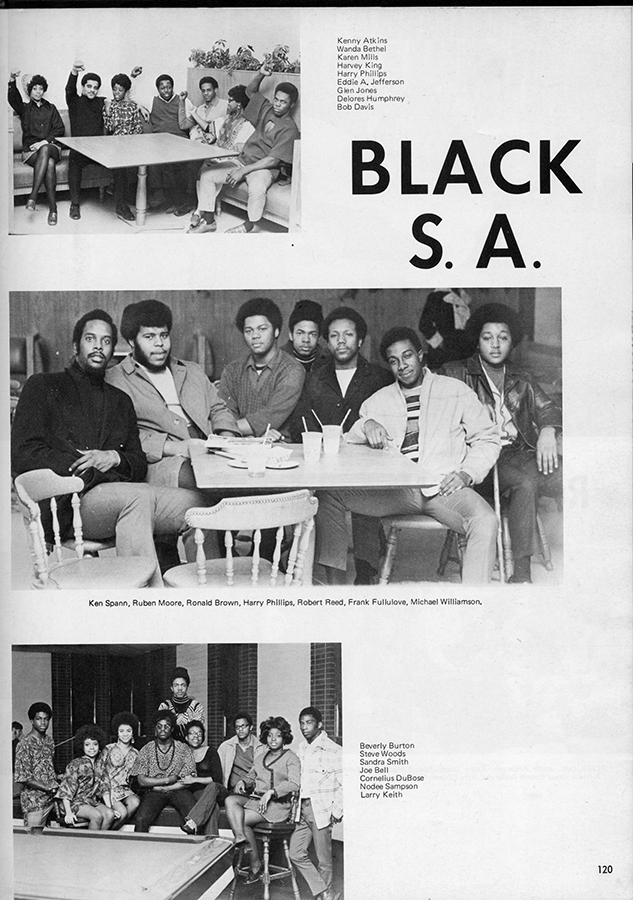 “Our students ask for opportunities to see more Black alums come back and talk about how you got into your career, how you made that decision, where do you think they should be going,” Myricks said. “Just speaking to them about how difficult it is to be Black in a place that, yes, it is a Hispanic Serving Institution, but still feels like a predominantly white one. Being active in their lives would make all the difference.”

DuBose, for his part, advised students to attain their college degree, despite the obstacles and the fact that “not everybody is going to like you.”

“You need to get that college degree,” DuBose said. “Ultimately, the thing I say about North Park is that it’s the foundation of all the good things that happened in my adult life.”