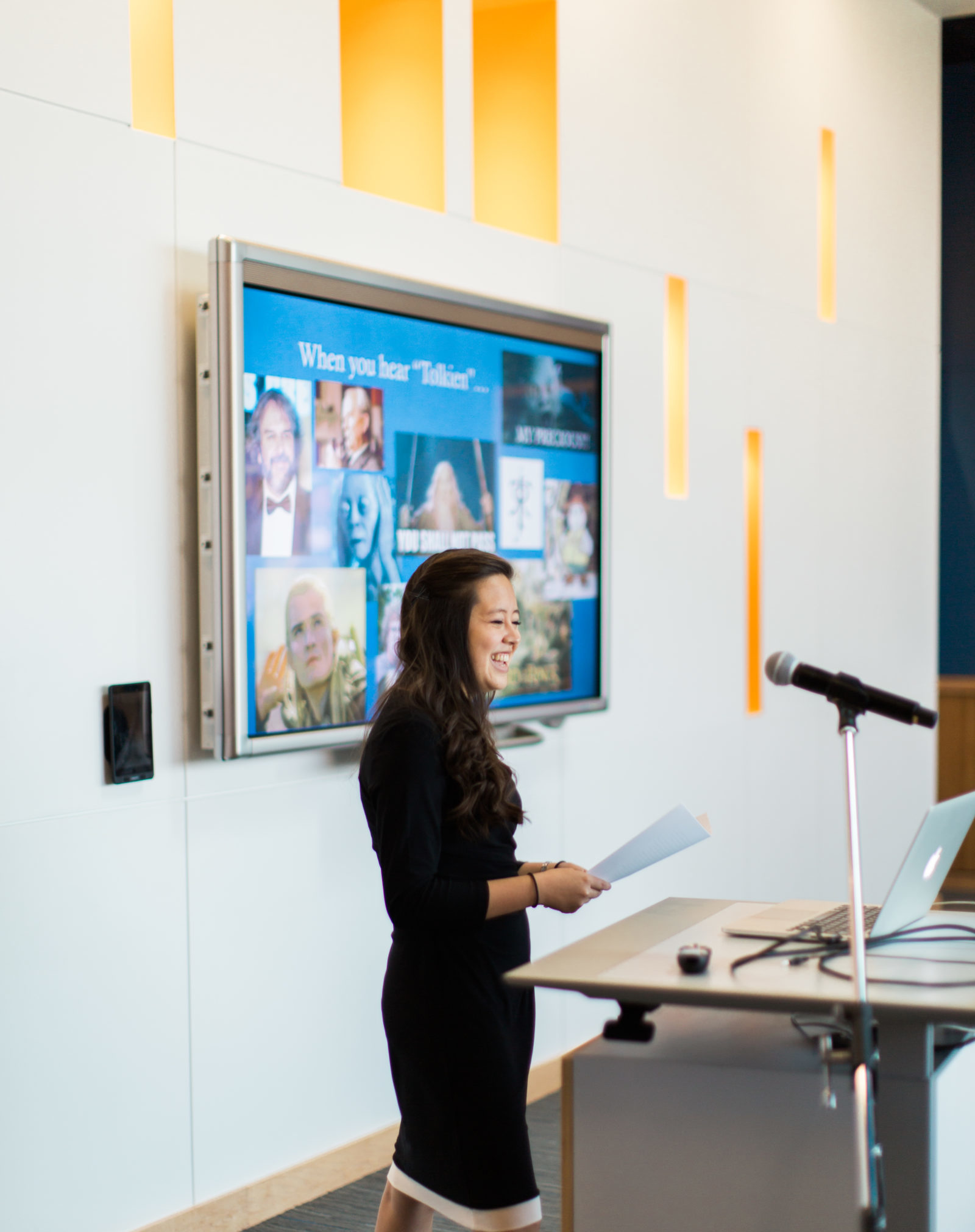 The Bachelor of Arts in Media Studies has been discontinued and is no longer accepting new students.

Students who complete the major requirements for a bachelor of arts (BA) in media studies will be well-versed in the theory, analysis, and practice of communication with a deep understanding of the role of media in society.

In support of their study of written communication, Media Studies majors are required to complete COMM 2810 concurrently or immediately after completing COMM 2150, Introduction to Media Theory.

Students completing the major must submit an e-portfolio to the student’s departmental advisor.

For Departmental Honors in Media Studies, the prospective student’s proposal must be submitted by May 1 of the student’s third year, with the work commencing in the fall semester of the fourth year. Students should enroll in COMM 4000 for 8 sh: 4 sh fall semester and 4 sh spring semester.

Outstanding internships are available every year in media studies related fields. Students are urged to arrange an internship with the department and the Career Planning Office.

Los Angeles Film Center: Offered through the Coalition for Christian Colleges and Universities, the LAFSC is located in Hollywood, Calif., and offers a one-semester program for upper-division students who are interested in the mainstream Hollywood film industry. The program includes 10 sh of course work and 6 sh of internship. Students must apply both to North Park and LAFSC. See the department chair for further information.

The following descriptions are a sample of courses you may take as a media studies major. For a complete list of required courses, please review the academic catalog.

A study of the history of the various media of mass communications. The course includes the development of print, radio, television, film, and Internet. Required for admission to the Media Studies major, and prerequisite for most upper-level courses in the major.

A writing course providing a review of writing basics, such as sentence structure and grammar, and emphasizing critical thinking and analysis.

An introduction to film as art, business, and cultural force. It examines the "Hollywood paradigm" as the dominant form of storytelling in Western movies; explores the artistic elements involved in filmmaking; and examines major cultural issues reflected in film narratives. Students attend a major international film festival in Chicago.

An introduction to the theory and practice of public speaking. Topics include types of speeches, types and uses of source material, organization, performance, and speech criticism.

This course addresses the development of major U.S. media industries, including newspapers, magazines, radio, television, the Internet, and social media. It focuses on the impact of media innovations on culture, and the ways established media adapt to innovations.

A study of the interaction of mass communication and society. Emphasis on critical and cultural theory, the interplay of programming, business, politics and other aspects of American culture. May include field trips to television stations.

Using case studies, this course explores a range of ethical issues confronted by media practitioners. A moral reasoning process is used to evaluate conflicting values, apply ethical theories, and evaluate to whom ethical loyalty is due.

The course will teach the basic skills for producing, recording, and editing a variety of material(music, voice) using a Pro Tools digital audio workstation. The course also covers basic principles of acoustics and the basic laws of physics that affect sound.

Develops skills in the production of digital media for the internet and other new media.

The study and practice of writing in various television and video formats, including news, commercials, public service announcements, and documentary scripts. Emphasis on journalistic writing for televisual media.

The study and practice of dramatic writing for theater and film. Focus on the writer's process, character development, story structure, and the completion of a one-act play or a short screenplay. Cross-listed with ENG/THEA 3320.

The study and practice of various forms of journalistic writing.

A laboratory-oriented newspaper reporting and editing course that utilizes the student newspaper (both print and online editions) as a hands-on learning environment for print, broadcast and web-based platforms. Students will be assigned specific stories and will write for the paper while also shooting and editing stories for the paper's website and creating a news blog. Field trips and outside speakers will provide direct exposure to the profession.