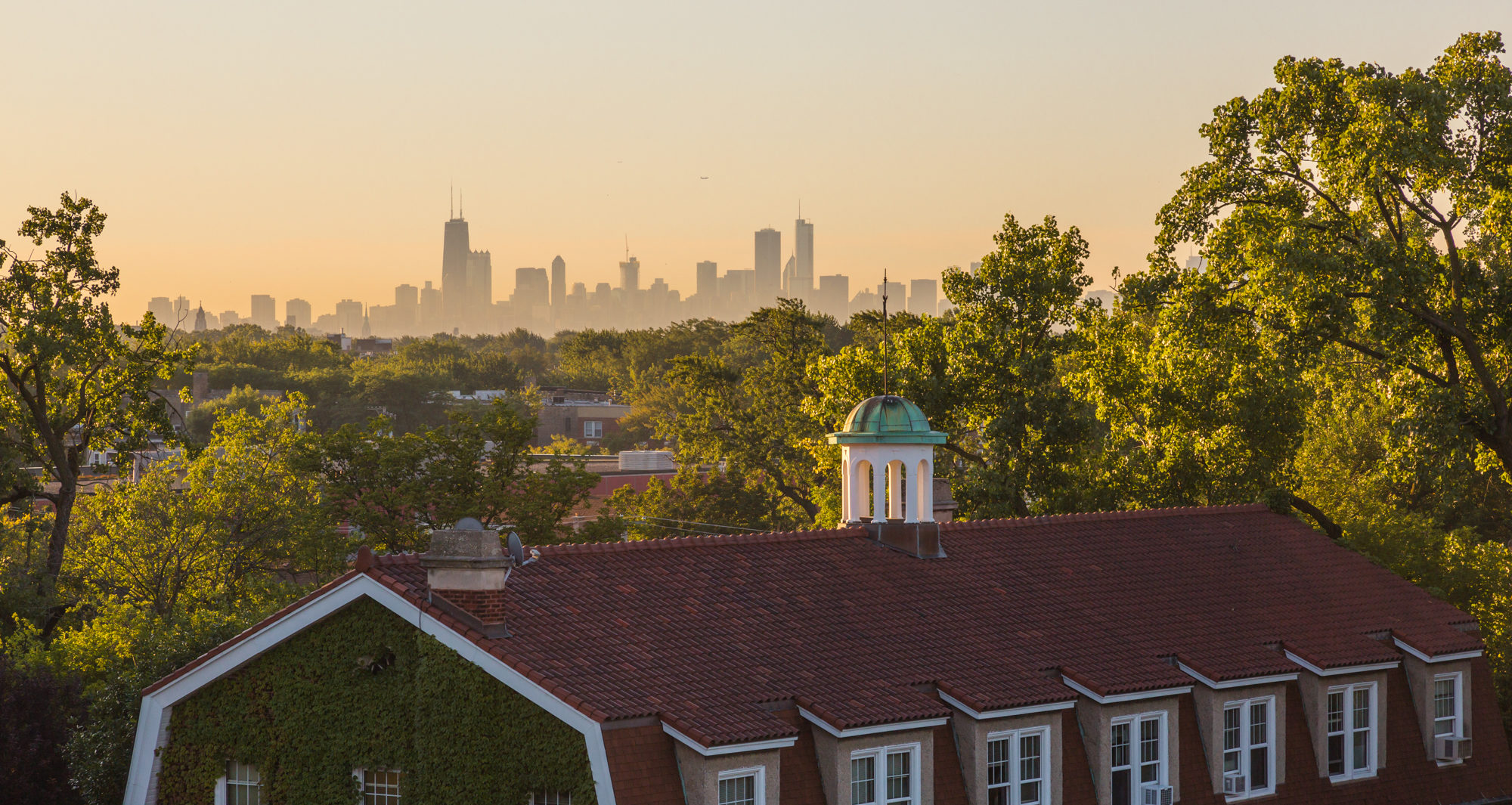 Chicago is our classroom and all Chicagoans are our teachers. Located on Foster Avenue in Chicago’s North Side Albany Park and North Park neighborhoods, the University takes full advantage of the opportunities our urban environment affords.

With 2.7 million residents in the city limits—and a total of 9.5 million people in metropolitan Chicagoland—this is the third largest city in the nation, and a destination for nearly half a billion visitors each year from all over the world. The iconic skyline (the John Hancock Center, Willis (formerly Sears) Tower, Aon Center, and Trump Tower feature prominently among the tallest buildings in the nation) can be seen from many places across the city, reminding viewers of the businesses, industries, and people that have built Chicago into the world-class city it is today.

For our students, the city is an integral part of learning, entertainment, and service experiences. Because we’re an urban campus, you can travel easily by public transportation to internships downtown or in other neighborhoods. Your professors will use Chicago to help you learn about people, history, economics, languages, communication—the city offers hands-on experiences in nearly every subject and discipline.

You’ll have access to professional music, theatre, dance, and art to spark your own creativity (and many museums or venues offer student discounts). You can seek out hidden gems throughout the city’s 77 community areas, or catch any of Chicago’s professional sports teams in action. You might even be able to eat at a different restaurant every day you’re in the city, no matter how long you’re here.

Chicago is also a place where North Park students, faculty, and staff can explore faith. Being a city of neighbors and neighborhoods, there are many opportunities to listen to others’ stories; to learn the importance of empathy, compassion, and understanding; and to discover how you want to lead a life of significance and service.