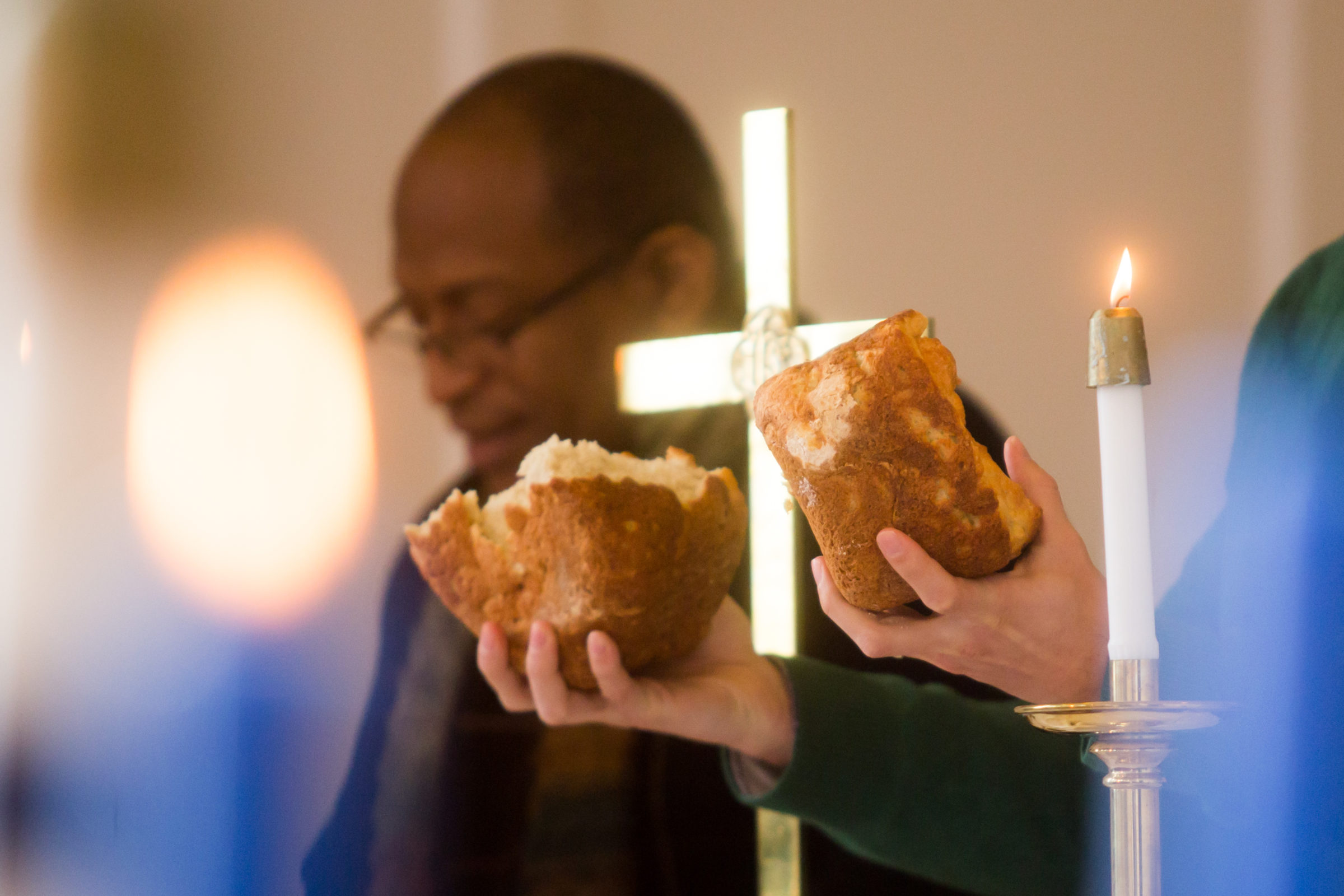 Britta and Paul Burger traded graduation robes for a wedding dress and tuxedo the summer after college. The celebration didn’t last long. The newlyweds jumped right back into school, pursuing masters of divinity (MDiv) together at North Park Theological Seminary.

Paul remembers that first class, Klyne Snodgrass’s New Testament I in the fall of 2010. Paul studied music as an undergrad at North Park, where the couple met. “I remember at the end of that class, walking out feeling like I was so giddy and so excited about what this next chapter held for us.”

Four years have passed, Britta and Paul put back on graduation robes in the spring of 2013, and are now pastoring together at Bethany Covenant Church in Mount Vernon, Washington. What they learned and the community they formed while at North Park is still a big part of their lives.

Britta serves as assistant pastor of youth ministry, a job she loves because of the personal interaction with young people and the collaborative nature of the pastoral staff. That appreciation of teamwork is something Britta traces back to her Seminary education. Britta and Paul spent their third year as interns at a church in Michigan, and took online courses to complete the degree. “No student is ever a real fan of group projects,” Britta says. “But being an online student made it even more difficult.” She thought the reliance on technology, from phone conversations to Google chats was going to be a challenge. “But in this last week of ministry I’ve been planning a youth retreat, things that you have to do on the phone, do via email, make decisions that way. I am very thankful that community learning and group projects were such a highly valued thing from many of the professors. I know what my style is. I know the strengths of other people.”

Paul has similar interactions as assistant pastor of worship and technology, with projects from contemporary worship to the church website. He sometimes works with people who aren’t exactly computer savvy, and he looks for ways to live into his identity as a pastor in roles that might seem mundane. “The ideas sparked by my studies at North Park allow me to think deeply and differently about ministry. Not only is there practical application for what you learn about Scripture and what you learn about theology, but a big thing for me was learning a different way to engage the world.”

“The quality of the education is immensely high at North Park, but the quality of the professors is even higher,” Paul says. “They had so much to teach from what it means to be a pastor, to be in ministry, and to live my faith. It is almost familial.”

Paul and Britta found a North Park family, at a time when they were forming their own family. “The gift and the blessing of a North Park Seminary education is that you are doing it with people you know you will see year after year,” Britta says. “It’s more than just the three years you spend learning together. We’re all trying to figure this out together.”